Millions of years ago, the nearly-tropical Earth was dominated by the largest land animals of all time, dinosaurs. These large, ferocious animals lived in a Jurassic world that was very different from the Earth that we know today. At that time, the continents were still wedged together in a mass call Pangea. As time passed, the continents gradually spread and eventually, according to the Alvarez theory, a devastating meteor hit the Earth and caused the ultimate extinction of dinosaurs.

This flaming asteroid not only destroyed the landscape and the water supply, but it is what caused volcanic eruptions and spread a poisonous substance known as iridium throughout the land. Because this substance is found on the Earth’s crust, Alvarez concluded that the asteroid poisoned the earth and killed the dinosaurs too.

However, because of its serene location, there is one small area which lies on the eastern coast of the North American continent where iridium deposits cannot be found. On this parcel of land in Myrtle Beach, SC, the Jurassic era has been preserved in modern-day standards. This Myrtle Beach mini-golf course is home to the horned-faced ceratopsian, the spitting dilophosaurus, the carnivorous T-Rex and, of course, the most feared dinosaur of prehistoric times, the raptor. So for your own safety, stay on the tracts of green mini-golf paths with your club in hand and always be ready to shoot your ball.

All operational hours are subject to change without notification. Weather permitting. 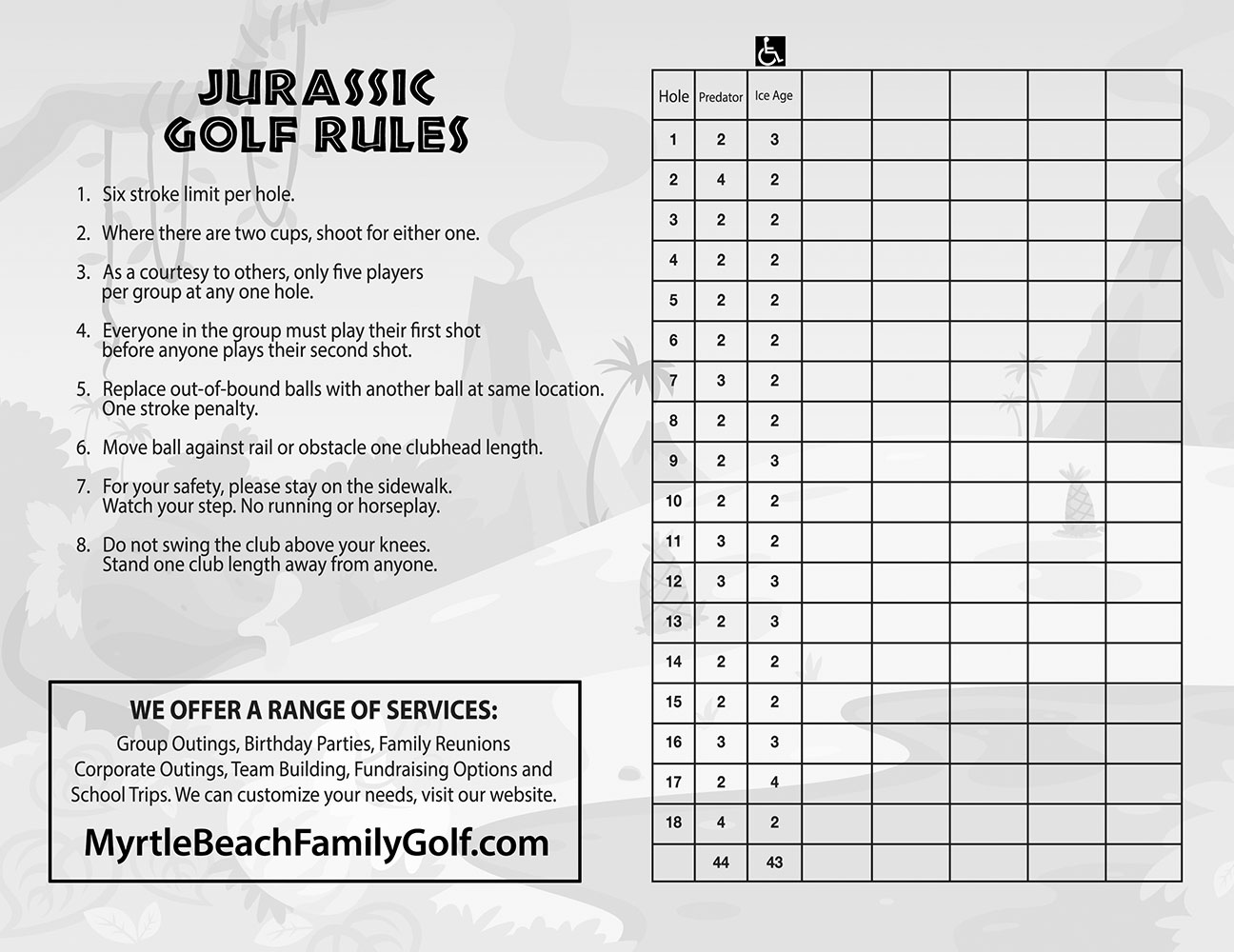